Birth and Death of the Mensch Mullet
by Mensch Freborg

I know its been a long time since I’ve written any Mensch-ramblings, but the story on long hair just set me off. First of all – yeah it may be sexist – as a guy I LOVE long hair on women. And yes, for a brief period I was also keen on long hair for myself.  I guess you could call it my “Dances with Wolves” phase. What can I say; no apologies.

It was during the early 1990’s. There I was, a young engineer working in a big steel mill. The place was a bizarre mix – militaristic and goofball. Imagine “Mary Tyler Moore”’s WJM newsroom with the “Hogans Heroes” camp commanders.  Into this mix throw a crew-cut 23 year old, keen on making an impression.  After enduring days of “When are you gonna get a haircut” torment from the supervisors when my normally well manicured brillo hair began going askew, I decided to cop an attitude. Mind you this was just after the theatrical release of my “favorite” film to that date, “Dances with Wolves.” Kevin Costner – anti-authority figure gone to live in the frontier, and he grew his hair long – how cool was that!  Thus officially began my “Mullet Phase,” ca. 1992-1997.

Mind you, at the time I had no idea what a “mullet” was – only that I told Robin, the lady that had painstakingly crafted my brillo since 1990, that I now wanted long hair. For months we worked on a concept, looking at men’s hairdo magazines until we found a look. Thus was born the “Mensch Mullet.” 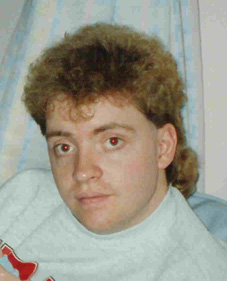 Well, initially it was pretty fun. As my hair grew, all the Oberfuhrers at the Republic Steel stalag went into deeper and deeper apoplexy. It never occurred to me how ridiculous I looked. Years later, a friend we’d originally met in 1994 told me that when she first saw me, at church no less, she thought I was in a reefer rock band.

Well, after a couple of years, the grime, sweat and grease of Republic Steel got the better of me, and I could no longer endure “helmet hair.” This is the condition wherein your hair – laden with gel and spray – forms a cement replica of the inside of your work helmet after 9 hours wear in 98 F heat.  In any event, the hair went; and then I went (out of the mill).

Now back in a crewcut, I’m now entering into the “Fantasy Island” stage --- hair on top of my head slowly sinking under the scalp, with a nice tuft remaining up-front. 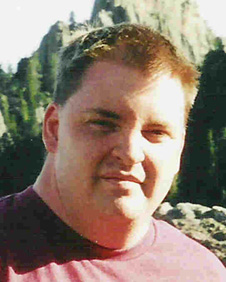 The women in my life (my wife and former church reefer band groupie) say I should grow my hair out again. When the young woman who works at the café in my building asked to see a picture of me in my younger days, she burst out laughing “You had a mullet!” I then did an image search on “Mullet” – It was the most humiliating Duran Duran moment I’ve ever experienced.

My current hair-person, a really nice lady I’ll call Hungarian Helen (she really is Hungarian) keeps soothing me saying I haven’t reached comb-over stage, and she can work with it. Its the story of my life I guess, and my mullet hair – A work in progress. Just as long as it ain’t “The Once and Future Mullet.”

Mensch Freborg is a metalurgist, scientist and occasional contributor to TheSnooze. His commentaries range from factual articles about the History of Germans in Science and the Arts to heated, opinionated debates. He also plays the zither.